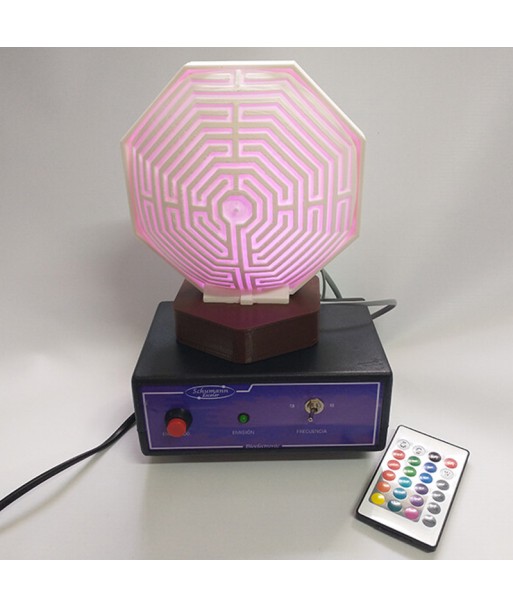 Efficient radiation protection using the Schumann Wave. Due to the high demand for this equipment there may be delays in delivery. Please consult.

Your peace of mind is our insurance to continue evolving together.

The Schumann Scalar is a device that generates and radiates selectable vital waves of 7.8 and 10 Hz in the form of scalar fields. Scalar fields have a greater affinity with the electrical nature of our cells, so the team's action is more direct and efficient. The Schumann wave is present between the earth and the ionosphere, since it is a biological constant of all mammals. In physics it is known as "magnetic transverse wave". According to experiments carried out, the modification of the frequency of this wave brings psychic and physical problems in people such as delusions, lack of coordination, headaches, lack of memory, problems that disappear when the irradiation of the wave returns to the initial frequency.

In cities, we live under high voltage wiring, permanent and growing exposure to polluting electromagnetic radiation such as cell phones, radio, TV, microwave, etc. Human beings have lost direct and permanent contact with this vital wave, which is why they are exposed to serious health problems. The Schumann Wave Generators will be, in the not too distant future, a necessary appliance for the physical and mental stability of the family.

The Schumann Escalar, emits that beneficial wave of 2 pre-programmed frequencies, and according to our tests they produce a stability of the nervous and endocrine system, generates better human relations, increases concentration, improves sleep and generates an increase of the biofield, that is, the energy of the body, thus increasing immunity to harmful external radiation, as well as to the "bad waves" existing in places or people. It also works and balances the chakras, mainly the Throat Chakra. The Schumann Escalar is connected to 220 Volts and generates this vital wave in a radius of up to 70 meters.

The shape of the Schumann Escalar respects the dimensions of the Labyrinth of the Cathedral of Amiens in France, built in 1288. Its external casing has the drawing of this well-known labyrinth, but also, inside, There are 2 flat antennas of the same shape, which emit the Schumann wave in a scalar form. These antennas make up a powerful emitter of "waves of form" used in cleaning and protection of environments, energizing water and food, neutralization of harmful electromagnetic fields and comprehensive energy healing. It also has LED lighting inside, with different colors and lighting effects commanded by remote control to improve its aesthetic features.